Retiring in a Down Market 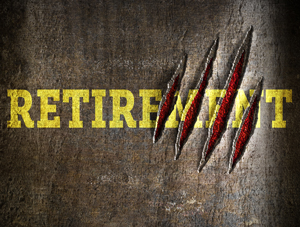 Pre-retirees and new retirees concerned about today’s markets can take steps to protect themselves.

The current market rout has been painful for investors. But the sting may be especially painful for anyone who has recently retired or is planning to in the next few years. It’s worth remembering that bear markets are not unusual or permanent. Since 1980 there has been roughly one every ~3-4 years. They don’t always precede recessions, and they typically last less than two years. Of course, market volatility and bumps in the road are inevitable in any investing horizon of 25 or 30+ years. But for new retirees, those downturns can prove especially concerning and even lethal.  The reason is what retirement researchers call “sequencing risk” or “sequence of return risk.”  That means that encountering big losses early in retirement while simultaneously spending from a portfolio reduces the amount of assets that are in place for the market’s eventual recovery.  Retirees who encounter a weak market environment later in their retirement years – say, when they’re in their late 70s or 80s – are much less at risk for this problem than are early retirees.  They’ve already navigated through the danger zone of their early retirement years, and their now shorter life expectancies mean their portfolios don’t have to last as long.  It’s not just the specific returns over time but the order of those returns that matter most.

In some respects, the market environment you encounter over your own specific retirement horizon is what it is; you don’t have any control over when stocks drop, bond yields shoot up, or inflation erodes spending power.  But there are a few tactics you can consider to ensure that if the market gets off to a poor start during your early retirement years, you won’t deal your portfolio a death blow.  Here are a few of the key ones to consider.

1. Delay the date but not the gratification

If you’re considering retirement but concerned about eliminating your paycheck in a lofty market that could experience a downturn, one idea would be to start with a work/retirement hybrid.  T. Rowe Price has conducted research on a “pre-tirement” strategy, whereby workers continue in their jobs but spend additional retirement contributions on travel and leisure pursuits rather than saving them.  Those later in life retirement plan contributions are less impactful – at least from the standpoint of compounding – than contributions made early on.  Meanwhile, the benefits of continuing to work – including delayed portfolio withdrawals, delayed Social Security filing, not retiring into an at-risk market, and continued health care coverage – greatly improve a portfolio’s long-term durability.  Of course, you can’t always decide the date that you retire, and if you’re in a job that you hate, it may be worthwhile to look for an escape route if it’s financially viable.  But if you like what you do – or can find your way to a paying position that you enjoy – that can help reduce the risk that stock market losses, falling bond prices, and rising inflation pose for new retirees today.

To help circumvent sequencing risk, researchers Michael Kitces and Wade Pfau asserted that retirees’ allocations to stocks should actually start out more conservative and rise over time.  Once retirees are safely through the danger zone of losing a lot of money in the early retirement years, they can then increase equity exposure in the portfolio.

New retirees can partly apply this concept by setting aside a healthy allocation of their portfolios in safer securities like cash and high-quality short- and intermediate-term bonds.  That way if they do encounter a weak market environment early in retirement, they can spend from the stable assets while leaving the more volatile assets in place to recover.  That’s the general thinking behind managing your portfolio in buckets; even in a catastrophic market environment in which stocks fall and take several years to recover, retirees wouldn’t have to access the depreciated portion(s) – providing them with the time necessary to recover.

A major benefit of having a well-diversified portfolio is that at any given point in time there will be something within the portfolio which is performing well, or reasonably well.  Those appreciated positions can provide the source of funds to be used for spending, to refill the cash reserves, or to re-allocate towards depreciated positions for rebalancing purposes.

You don’t need to go overboard in terms of maintaining many asset class positions.  And there may be years when cash is the only position in the black (like 2022 thus far!).  But at a minimum, having discrete U.S. stock, international stock, and bond components, along with a cash sleeve, can help ensure that a retiree never has to tap into a position when it is down.  This enables you to use cash and bonds for short-term expenses and stocks for long-term ones.

The early retirement years are also often the high spending years, on average, when retirees satisfy their pent-up demand for travel and leisure activities.  But a “best practice” emerging from the growing body of research about sustainable withdrawal rates is that retirees should, to the degree possible, restrain their spending amid market downturns.  There are many variables which affect your retirement success; it’s important to focus on those which are important AND in your control. Market volatility in retirement can cause queasiness and a sense that things are out of your control; for retirees, reducing spending is a way to take back control amid the uncertainty.  New retirees concerned about impending market volatility could simply start with a modest withdrawal rate.  Alternatively, retirees could work to reduce their spending if they encounter a weak market and potentially spend more in an upward-trending one.

Market Volatility: What should I do now?

Stock markets have been choppy lately, pressured by all sorts of concerns – including tighter monetary policy, the impact of…

Investors looking through their portfolios today may feel a little like homeowners scouting around their yards after a major storm….