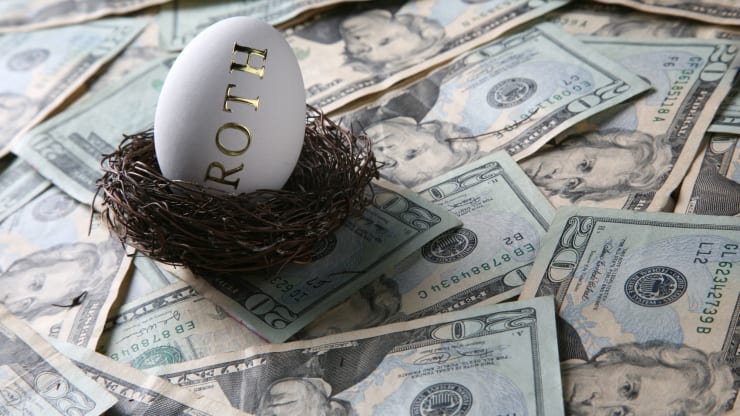 The ideal environment to perform Roth IRA Conversions is: (1) when tax rates are low, and (2) when the market values are low.  If there is a silver lining in the recent market’s plunge – and any subsequent plunge which may occur – it’s that lower account balances can be used to reduce income tax bills in the future.

A Roth IRA conversion entails transferring money from a tax-deferred account (traditional IRA, 401k, etc.) to a Roth IRA account.  With Roth IRA accounts, contributions are made with after-tax money and future growth and qualified withdrawals from the account are tax-free.  The process of converting to a Roth IRA requires tax to be paid on the amount converted, so in essence, converting money now results in paying the associated taxes at current tax rates instead of future tax rates.  Roth IRA conversions make sense if you are in a lower (or the same) tax bracket now than you believe you will be in the future.

Unlike direct contributions to a Roth IRA, there are no income constraints limiting eligibility for performing Roth IRA conversions; everyone is eligible to perform Roth IRA conversions at any time and in any amount.  The amount that you convert will be taxed at ordinary income tax rates. To maximize the amount being converted into the Roth IRA, it’s recommended that any tax associated with the conversion be paid with other money, not paying the taxes using the conversion money.

Future Tax Rates will be Higher

While nothing is ever certain (except death and taxes, at least according to Ben Franklin!), we all can be relatively certain that future tax rates will be higher than they are currently.  There are several factors driving this relative certainly of higher tax rates:

1 – Historically, today’s tax rates are at the lowest level they’ve ever been;

2 – The Tax Cuts and Jobs Act of 2017 (TCJA) reduced tax rates while also expanding certain tax brackets – as detailed in the table below (which is the 2018 brackets for married filing jointly).  As an example of the changes, note how the pre-TCJA 28% tax bracket ranges from ~$156k-~$238k while the corresponding post-TCJA bracket is 24% and ranges from $165k-$315k – a lower tax rate and a larger bracket.

Many people are unaware that, based upon current law, the TCJA tax provisions expire at the end of 2025, and the tax rates revert back to pre-TCJA levels beginning in 2026.  So again, if congress were to make no changes, tax rates will automatically increase in 2026.

3 – The US government has spent trillions of dollars as a result of the COVID pandemic.  Unlike other bills, there were no revenue offsets with this spending.  In other words, there is no provision detailing how this additional spending will be paid for.  It doesn’t take too big of a leap to presume it will almost certainly be paid for with future tax increases.

As stated previously, you can convert as much or as little as you’d like each year.  A recommended approach to consider is to convert enough to use up at least your existing tax bracket.  If you don’t use the lower brackets, they’re wasted.  You don’t get them back next year.

For example, let’s say you have taxable income of $200k.  Using the table above, that would place you in the 24% tax bracket, which has a top-end of $315k.  In this example, you could perform a Roth conversion of up to ~$115k (315-200) without crossing into the 32% tax bracket.  This would “fill the 24% tax bracket” with income.  Doing this would result in incurring a very large tax bill, but again, you don’t have to convert that much at a time.  Rather, you could start a series of smaller annual conversions, using up these lower brackets and rates while they’re here.

For retirees, often times the best time to do Roth conversions is before claiming Social Security and taking required minimum distributions from traditional 401(k)s and IRAs.  It’s then where you will have the greatest flexibility from an income perspective.  Mandatory minimum distributions start at age 70½ (for those born before July 1, 1949) or at age 72 (for those born after June 30, 1949) and can’t be converted.  So once retirees start taking them, it is harder to do Roth conversions without ending up in a higher tax bracket.

Roth IRA conversions are ideal when both market values and tax rates are low.  The low tax rates of the next few years may provide an opportune window of time for performing Roth conversions, especially when we experience more market drops like earlier this year.

Investors looking through their portfolios today may feel a little like homeowners scouting around their yards after a major storm….

Are you confident you are doing everything you can to minimize your income taxes?  If not, now may be time…